Global Energy Monitor’s Global Coal Plant Tracker (GCPT) uses a two-level system for organizing information, consisting of both a database and wiki pages with further information. The database tracks individual coal plant units and includes information such as plant sponsor and parent company, plant status, plant and coal type, and location. A wiki page for each power station is created within the GEM.wiki, and contains more detailed, footnoted information such as project history and public opposition. The database and wiki pages are updated bi-annually, in January and July.

Announced: Proposed plants that have been described in corporate or government plans but have not yet taken concrete steps such as applying for permits or acquiring land.

Pre-permit development: Plants that are seeking environmental approvals and pursuing other developmental steps such as securing land and water rights. In India, this means that a “Terms of Reference” has been received from the Ministry of Environment and Forests.

Permitted: All necessary environmental approvals have been received but the project has not yet begun construction.

Construction: Site preparation and other activities are underway.

Shelved: Progress has been halted for at least two years.

Cancelled: A cancellation announcement has been made, or no progress has been observed for at least four years.

Operating: The plant has been formally commissioned.

Retired: The plant has been decommissioned.

Where possible, coal plant data is circulated for review to researchers familiar with local conditions and languages. Reviewers and collaborators include CAN Europe, Centre for Research on Energy and Clean Air, Europe Beyond Coal, GreenID, Greenpeace, Kiko Network, Philippine Movement for Climate Justice, Sierra Club and Yayasan Indonesia Cerah.

For each power plant and proposal, a wiki page is created on Global Energy Monitor’s GEM.wiki. Wiki pages provide a repository for in-depth information including project background, financing, environmental impacts, coal types and sources, public opposition, aerial photographs, videos, links to permits, coordinates, and maps. Under standard wiki convention, all information is linked to a published reference, such as a news article, company or government report, or a regulatory permit. In order to ensure data integrity in the open-access wiki environment, Global Energy Monitor researchers review all edits of project wiki pages.

For each coal plant unit, the tracker calculates carbon dioxide emissions based on the following information:

Further details including parameters and sources can be found at Estimating Carbon Dioxide emissions from Coal Plants on GEM.wiki.

To allow easy public access to the results, Global Energy Monitor worked with GreenInfo Network to develop a map-based and table-based interface using the Leaflet Open-Source JavaScript library. In the case of exact coordinates, locations have been visually determined using Google Maps, Google Earth, Planet Labs, or Wikimapia. For proposed projects, exact locations, if available, are from permit applications or other company documentation. If the location of a plant or proposal is not known, GEM identifies the most approximate location. 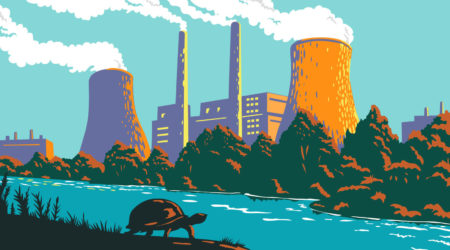