Third, for particular cities, the model calculates the approximate distances traveled by the gas through transmission pipelines, from the production areas to cities where gas is consumed, from each of the producing states. GIM calculates an average distance gas travels to reach each city, and estimates methane leakage from the transmission system on that basis.

Fifth, the model estimates methane leakage from buildings, known as “behind the meter” or “beyond the meter” leakage. This leakage has been found to occur from gas pipes within buildings and from gas-burning appliances (e.g., furnaces, water heaters, stoves).

For a complete methodology, please visit the Gas Index site. 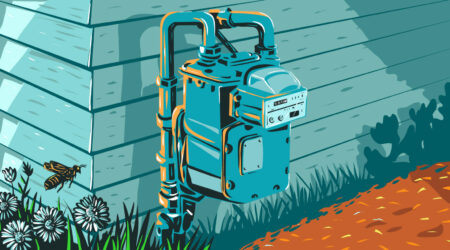