The data covers coal plant projects that have received public financing since 2010, or that have been proposed to receive financing since 2013. Data includes both operating and proposed coal plants. Data about coal plant proposals was included if the probability of support or financing from a foreign government was deemed to be high, due to public announcements of an intention to fund or evidence of a bilateral agreement to move forward with funding.

Public support for coal projects can be in the form of direct project financing (loans, grants, or equity), guarantees that help insure coal projects, broader lending for technical assistance, or equity investments by a foreign state-owned entity. Most of the financial information in the GCPFT is for direct project financing transactions. Loans, bonds, equity investments or other transactions through financial intermediaries are more difficult to track, and have only been included where information is available. Several public institutions, including many in Germany, China, and Korea, do not fully disclose their financial transaction information, meaning projects may have been financed that are missing from this list.

Data sources for the GCPFT include the Friends of the Earth report “ECA Support For Coal in the Face of OECD Financing Restrictions”; the NRDC Consolidated Coal Finance Database and websites for the financial institutions included in this report; sources listed for coal projects on GEM.wiki; Oil Change International’s Shift the Subsidies Database; and the Boston University Global Economic Governance Initiative on China’s Global Energy Finance. Additional information was provided through Solutions For Our Climate (SFOC) and the Japan Center for a Sustainable Environment and Society (JACSES). 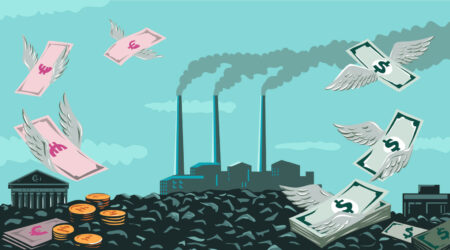